Paul is one of a small number of Masters of Ceremonies priviliged to officiate at City, University London Graduation Ceremonies.

Take a look at part of the ceremony here. 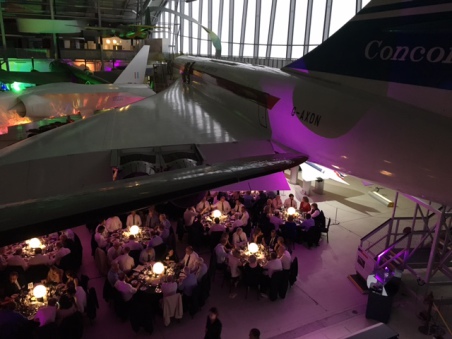 The annual dinner of the Welding Institute was held on 20 June 2017 at the Imperial War Museum Duxford.

Paul oversaw the dinner which was held under the wing of Concorde. 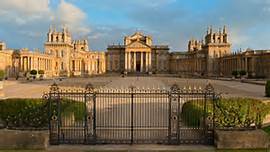 The RH David Cameron made a passionate speech about the work done by The Helen and Douglas House Charity at a banquet at Blenhiem Palace in May 2017.

Paul was delighted to officiate and contribute to the evening. 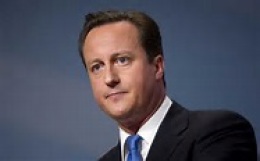 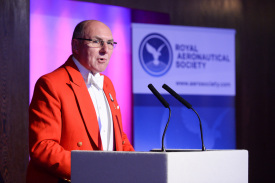 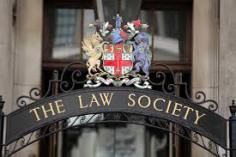 Paul is one of the few Masters of Ceremonies priviliged to officiate at these cermonies where up to 60 new Solicitors are admitted at each ceremony.

THE AFME DINNER AT THE NATIONAL GALLERY TRAFALGAR SQUARE LONDON 2016 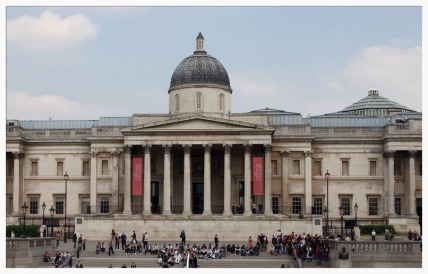 AFME is the voice of Europe's wholesale financial markets and represents the leading global and European banks and other significant capital market players.  Paul officiated at the dinner on 3 November 2016.. 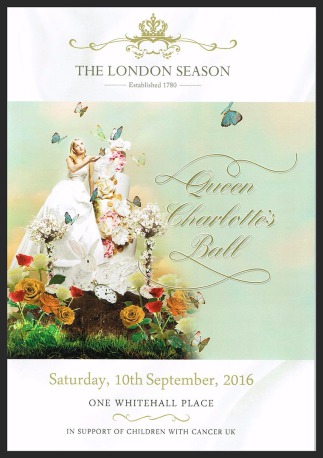 Paul was delighted to officiate yet again at the annual London Season Ball at One Whitehall Place on Saturday, 10 September 2016 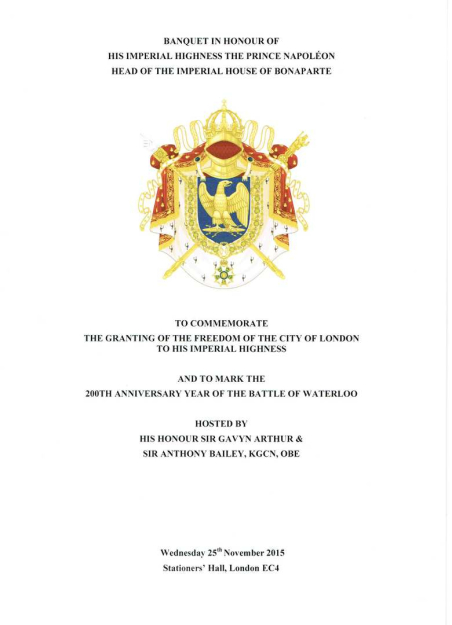 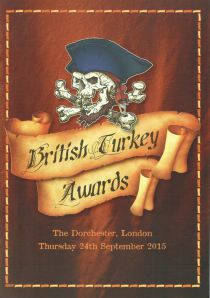 TV and stand-up comedian Mark Watson charmed guests with his hilarious comedy when he presented and entertained at the British Turkey Awards 2015, which took place at The Dorchester on 24th September.  Paul was delighted to add to the sucess of the Pirate themed evening.

Mark, along with snooker legend Willie Thorne and the 250-strong crowd from the British turkey industry, helped raise an incredible £10,470 for the children’s medical research charity Sparks. 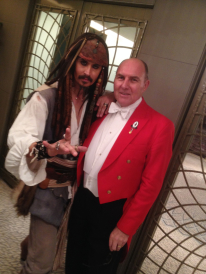 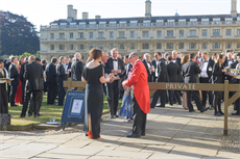 Paul receiving the guests in the evening on the lawn at The Welding Institute’s Annual Awards and Dinner which took place on 30 June 2015 at King’s College, Cambridge, with over 200 invited guests from industry and academia. The evening began with an Awards Ceremony introduced by TWI Chief Executive Christoph Wiesner.  Grahame Nix, David Howarth and Peter Bateman presented a series of awards in recognition of major contributions made in welding, joining and engineering related technologies: 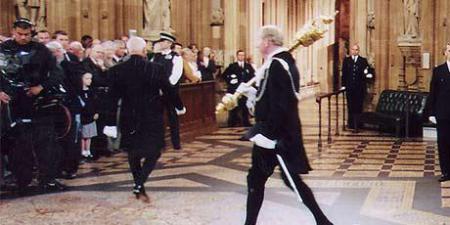 On 28th July 2015 Paul officiated at the Guildhall, London for the Sarjeant at Arms dinner. 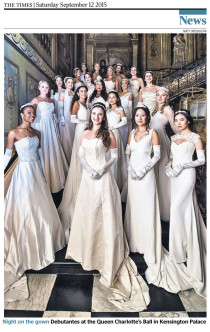 For two hundred years, The London Season has been the heartbeat of upper class British society. It stages and manages exclusive social, cultural, and charitable events, attracting individual personalities and corporates, including members of royal families from the UK, Europe, the Middle East and beyond. The fundamental basis of the Season has remained unchanged since its conception. Supporting charities in the UK at every event throughout the year. 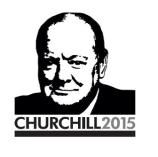 Churchill 2015 is a unique international celebration of the life and legacy of Sir Winston Churchill, fifty years after his death.

Paul officiated at a dinner on London in November 2014 where many members of Sir Winston's family were present.

The dinner launched the programme of events for "Churchill 2015".

The renowned actor Robert Hardy read one of Sir Winston's speeches in the style of Churchill in a most moving recitation. 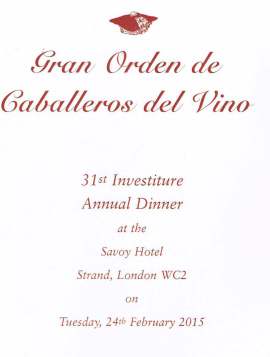 Established in 1984, the Gran Orden recognises those who have “acted over and above the call of duty” in their promotion of Spanish wines, and presents them with a red and yellow robe and distinctive hat, which members of the society wear at the annual dinner in London.  At a spectacular dinner held at The Savoy Hotel Paul introduced His Excellency the Ambassador of Spain and a number of other spanish wine specialists.

On 5th February 2015 Paul was Master of Ceremonies for a wonderful Chinese New Year dinner in the fabulous surroundings of the Victoria and Albert Museum London for the CBI and HUAWEI.

2013 was a very busy year in the Toastmaster calender.

The year began with the annual BIFA luncheon, the British International Freight Assocation Awards ceremony, many weddings at One Great George Street Westminster, Inner Temple, a number of dinners at the Guildhall and Mansion House for the Worshipful Company of International bankers including the installation of the new master in September.

In November Party Planners asked Paul to officiate at a book launch in the Frick Collection in New York.

During the event Paul officiated over a receiving line for a host of distinguished guests including HRH Princess Eugenie of York. 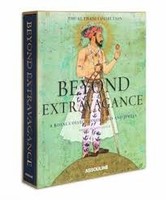 With repeat events being The Roadsafe awards 2013 at the Savoy, the Macmillen Stocking Dinner at The Rennaisence St Pancras and for the sixth year The Sun Military Awards held for the forst time at the National Maritime Museum Geenwich attended by their Royal Highnessess The Prince of Wales and The Duchess of Cornwall. 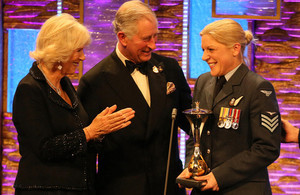 Prince Charles and the Duchess of Cornwall with Sergeant Anna Irwin 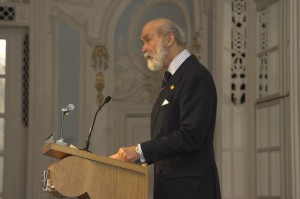 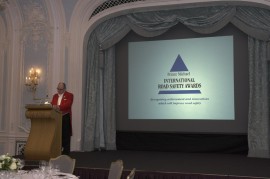 BBC One has launched The BBC 999 Awards. For the first time on television, the BBC will honour the heroes of Britain’s Emergency Services in an event that recognises the tireless work they do.

Since the 999 emergency number came in to action 75 years ago, the Police, Fire and Rescue, Ambulance, Coastguard and Mountain Rescue services have saved millions of lives. The BBC 999 Awards aim to acknowledge the heroic acts that the officers and volunteers of the emergency services perform on a daily basis.
Over the course of the evening, awards will be presented to members of each of the five emergency and rescue services and to specific teams and individuals whose actions exceed the call of duty to help save lives and ensure the public’s safety.

The BBC 999 Awards will also honour select teams and individuals, with Special Recognition Awards aimed at people who have performed beyond the call of duty in exceptional circumstances.

Paul was delighted to officiate at the awards in July 2012 at BBC Television Centre and to introduce the Hosts Lenny Henry and Kirsty Young. 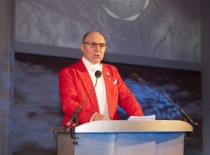 Paul was delighted to officiate at the 2012 m&it Awards dinner at The Westminster Park Plaza on Monday 5 March 2012.

For the fourth year Paul was asked to officiate and introduce Their Royal Highnesses The Duke and Duchess of Cambridge and HRH Prince Harry at The Sun Military Awards at the Imperial War Museum on Monday 19 December 2011.

The event was again organised by ESC events and The Duke and Duchess of Cambridge were among celebrities at the glittering ceremony.

At a glittering ceremony at The Dorchester Hotel, Park Lane, London on Tuesday 28 March 2012 Melissa Draycott and Abel Lusa were inducted into the Gran Orden de Caballeros del Vino.

The parade of Caballeros were introduced to the dinner by Paul.

David Reid the Chairman of Tesco hosted a retirement dinner at The Wallace Collection, London, Paul was pleased to be asked to officiate at the celebration dinner. 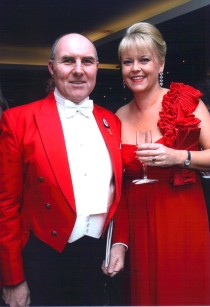 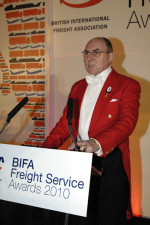 The BIFA Freight Service Award competition culminated in an industry gathering at the BIFA Annual Lunch and Awards Ceremony, which took place on Thursday 21 January 2011 in Central London. This event was attended by some 400 people including BIFA members, their customers, industry figures, and representatives from the trade press.

ESC once again produced the Sun Military Awards at the Imperial War Museum, London. The event was broadcast on ITV1 in HD just before Christmas. For the first time ever, esc built a clear marquee over the iconic guns in front of the Museum to create a truly spectacular reception space.

And for the third year they asked for Paul to act as master of ceremonies for the celebrity packed event.

An afternoon tea hosted by Gloria Hunniford in aid of The Caron Keating Foundation raised thousands of pounds for the foundation.

As Toastmaster for the afternoon Paul introduced Tom O'Conner and David Hamilton to carry out live auctions. 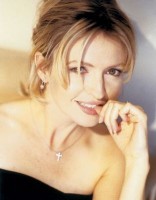 On Tuesday 7 October 2010 Paul was delighted to be Master of Ceremonies for an audience of nearly 1000 guests at the Grosvenor House Hotel Park Lane for a fantastic Fashion Show.

The Show was celeb-studded and glamorous from beginning-to-end but it wasn't until the 25 minutes in the middle of the evening when those men and women walked the catwalk that the reality of what it had all been for, hit home. Every guest, member of staff and volunteer stopped what they were doing to watch the fabulously styled models strutting their stuff.

It was emotional for all involved, not only because of the heart-warming reactions and the cheers of the families as their loved ones walked onto stage, but too because of the smiles each one of them wore. It was clear that the cancer they had been through, or were currently dealing with, was the last thing on their mind.

These great efforts raised thousands of pounds for Breast Cancer Care and made for a fantastic evening for all involved.

On behalf of David Collins Associates Paul was priviledged to be asked to be the Toastmaster at The ceremony at the Royal Opera House, Covent Garden and also at the the After Ceremony party at the Grosvenor House Hotel, Park Lane, London UK.

Over £20,000 was raised for Help for Heroes at the Annual Ball of the UK Air Cargo Club at The Landmark Hotel, London.

As well as money raised by the Sponsors for the evening thousands of pounds were raised with a Star Prize Draw and a live Auction.

Paul was pleased to be asked to contribute to the fantastic success of the evening.

The Sun Millitary Awards at The Imperial War Museum, London.

On Tuesday 15 December 2009 amidst a celebrity packed audience Paul introduced Their Royal Highnesses Princes William and Harry to the Sun Military Awards at the Imperial war Museum London.

Their Royal Highnesses Princes William and Harry hosted a VIP drinks reception for the nominees and their guests whilst other guests enjoyed a champagne reception wandering through the museum's impressive collection pieces, all perfectly in-keeping with the theme of the evenings' awards...

Guests made their way back through the museum to the newly revealed main atrium, by way of the removal of a 35 metre graphic wall. Here they entered instead a lavishly decorated dining hall and impressive stage for the awards ceremony itself.

Presented by Amanda Holden and Philip Scofield, the awards ceremony was produced by ITV and included a long list of celebrities from the TV, music and sports world. The highlight of these was Prince Harry presenting the Band of Mothers with a Special Recognition Award for all their incredible efforts in supporting families who have lost loved ones. Joe McElderry, The X Factor, winner performed his hit, The Climb, bringing the Awards Ceremony to a dramatic and emotional close...

Following the awards themselves a sumptuous 4 course dinner was served whilst guests were treated to another exclusive performance; the stunning girls of Britains Got Talents, Escala.

So the evening came to a close and it was left to ESC and it's team to clear out the museum ready for it's 10am opening to the public again. A challenge indeed but one that ESC Events happily accomplished!! 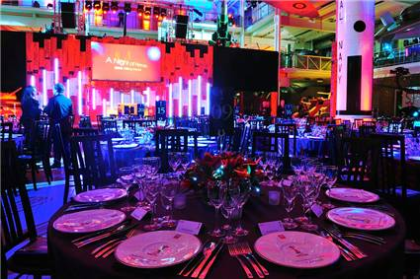 Windsor Castle was the spectacular venue for a dinner held by The Young Presidents Organisation of America in November 2009.  Sixty Young President of Industry in the United States were treated to a tour of Windsor Castle afterwhich Paul introduced each couple to the Countess of Wessex.  The gentlemen all dressed in Black tails, white ties escorted their ladies, dressed in ballgowns to a medievel banquet.